The music of Unity of Orange County is contemporary covers of songs that have a great message.  These are songs you’ve heard before but maybe never really listened to or understood the message of the song.  In this way we invite the listener to discover and connect with the music in their lives to continue to deliver inspiration throughout the week.  Music can be a spiritual message that we all share in common.

Our soloists are invited to suggest songs that offer their perspective on the Talk for the week and work with the Music Director to present material appropriate for a large range of tastes but with a message that can still come through.  We view the singer as an artist who has a voice to share that should compliment the Minister’s.  We have several guest singers from around Southern California and have had stars from film, TV, and stage, as well as singers who make their living performing around New Thought centers.  When we don’t have a guest singer, our Music Director provides the musical ministry.

Music is woven throughout the service with many group songs that the congregation is encouraged to lend their voices to.  Spontaneous dancing has been known to happen!  Singing releases endorphins, improves your mood, raises your vibration and contributes to a better outlook.  It’s science!  We believe singing is a form of meditation and invites you to connect within yourself while you give voice to your thoughts. 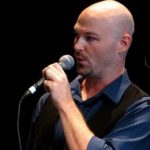 Tom Keyes, Music Director
Tom started with Unity of Orange County as the Sound Engineer in April of 2004 after his wife casually mentioned they were looking for one. Since then his involvement with the church has grown to include Singer/Soloist, Audio/Visual Engineer, one-time Webmaster, as well as Music Coordinator and now Music Director. Outside of Unity, Tom has spent years as a vocalist and performer on various stages and various projects, from schools to community theater to the contemporary a cappella scene.

He credits Unity of Orange County with bringing about the renaissance of his life: Through contacts he made from working at Unity, and a continuing study of the principles that Unity teaches each week, he returned to performing late in 2004 after a 7-year hiatus and has continued his personal growth since then.

Tom lives in South Orange County with his wife Angie and his three children: Michelle, Autumn, and Gavin. During the week, he is the IT Director of a local insurance general agency, as well as the director of the all-vocal band Frequency and a board member of the Contemporary A Cappella Society. He is grateful for the blessing that Unity continues to be in the lives of his family.