Karl Marx said that, “religion is the opium for the masses”.  He believed that it’s purpose was to control people – and many religions (or aspects thereof), do just that.  It is because of the misuse of religion that many wars are fought and atrocities committed.

But religion, or faith, can, also, be gracious and work towards creating a better world for all.  What makes a religion or faith gracious?  According to the authors of the book, “If God is Love, Living Graciously in an Ungracious World”, it means that a religion should be gentle, humble, open, and compassionate.

It is gentle because creating a new world is a delicate matter.  It is humble because it accepts that different people have diverse visions and, therefore, may be unlike in their opinions. It is open 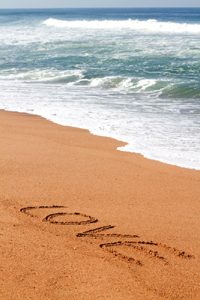 because it is always seeking common ground within the acceptance of diversity.  Lastly, it is compassionate because it believes no one should be left behind or disregarded.

I believe I have found such a spiritual community in Unity.  Unity’s core belief in inclusiveness is a sanctuary for all.

Quote of the Week

“When we act graciously, we leave behind labels – Christian, Jewish, Muslim, Hindu, Buddhist – that divide us.  We claim our proper place as a child of God and a member of the human family.”